Copyright JC Politi Photograpy
Border between East and West Berlin, where the Berlin Wall used to stand. Most of it is torn down now.

After leaving the quaint, but bustling Amsterdam, we took an overnight train to Berlin. We stayed in East Berlin, just down the street from Alexanderplatz, which was really the heart of East Berlin.

After all of the beauty of France, Spain and Holland, East Berlin was striking for its lack of decoration. It was a fascinating place to visit for its history, but the sadness and anger were palpable.

From what we observed, the division between East and West Berlin still exists to this day. We spent the vast majority of our time in East Berlin, going to what we were told was the trendiest neighborhood for dinner and visiting the historic sites.

But it is striking to stand where the wall used to stand and to look to the East and to the West. The East is full of cranes and development, but I couldn’t help feeling that the West kept moving forward while the East was stuck in time.

East Berlin feels like a savagely damaged city, just now showing signs of rebirth. The evidence is everywhere, showing a city devastated by war, and then severely restricted and terrorized during the Communist occupation. It is simply tragic.

There is a solemn beauty to the city, however, even in the midst of the melancholy. I share some of my favorite photos here.

For those who would like to read more of the history of Berlin, this 1963 speech by President John F. Kennedy is a powerful denunciation of the communist occupation. When you visit Berlin, you understand this speech much more.

What do you think? Have you been to Berlin? What was your impression? Do you think that East and West Berlin will ever truly integrate? What kind of impact do you think a history like this would have on a culture?

Copyright JC Politi Photography
This has to be one of my favorite photos from the whole trip! I snapped this shot at a metro stop.

Copyright JC Politi Photography
The view from our hotel. You can see the Soviet TV Tower in East Berlin and the tall hotel in West Berlin. The hotel staff told us this was done intentionally by West Berlin to show their strength and contrast. 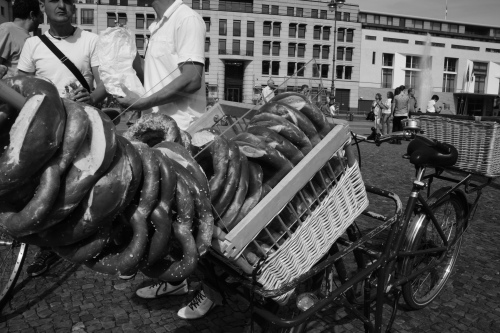 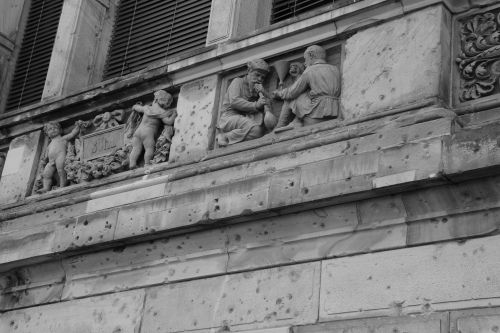 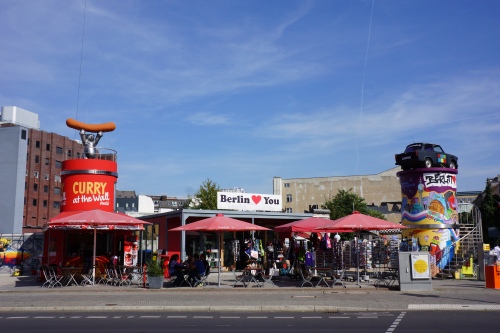 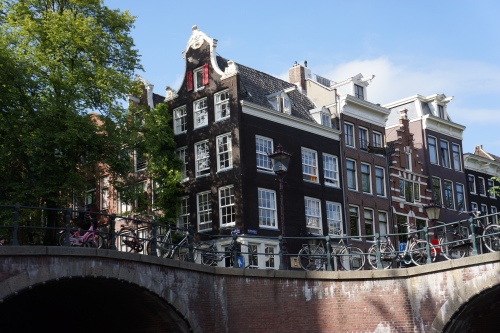 After a sad goodbye to Paris, we left for Amsterdam. What a lovely surprise!

I had never put much thought into Amsterdam and knew nothing about the city, but was wooed by its charms right away.

But soon after arriving, we completely understood what this means. Amsterdam is the wild west of bicycles.

We saw people pedaling as fast as they could through intersections full of other bikers, some texting, some with children hanging off of them and not one bike stopped to make sure an intersection was safe before going straight through. The motorized scooters even use the bike lanes – it is absolute chaos for a first-timer!

Copyright JC Politi Photography
I love this one because of the reflection of the bikes in the window. This was Amsterdam to me!

We were amazed that we didn’t witness an accident. When we asked the hosts at our Bed and Breakfast how people know who has the right of way, the response was “The person who looks the fiercest.”

Amsterdam is really a study in contradictions. On one street, you have peaceful, picturesque canals with rows of historic buildings. On the next street, you have the red light district, where scantily-clad women pose in windows, calling out for business.

The city is surprisingly urban, but geographically tiny. The smell of marijuana pervades the city and shops selling mushrooms and bongs are simply another form of commerce.

We loved Amsterdam. It is a high energy city with a little something for everyone.

Highlights of our trip included the Anne Frank House, the Van Gogh Museum and a bike ride through the countryside.

Since this is Photo Friday, I thought I would share some of my favorite photos. 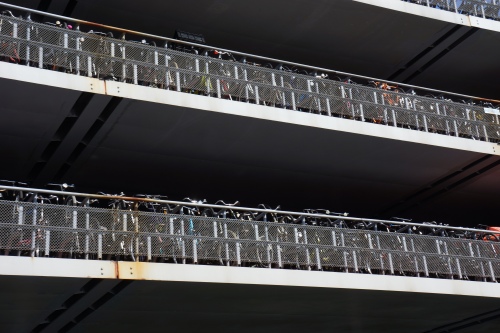 Copyright JC Politi Photography
Parking lot at the train station. This was at least 4 stories high of bicycles!

Copyright JC Politi Photography
These were the houses lining the canals. They all lean forward and have hooks at the top so they can use a pulley system to pull furniture up and through the windows! 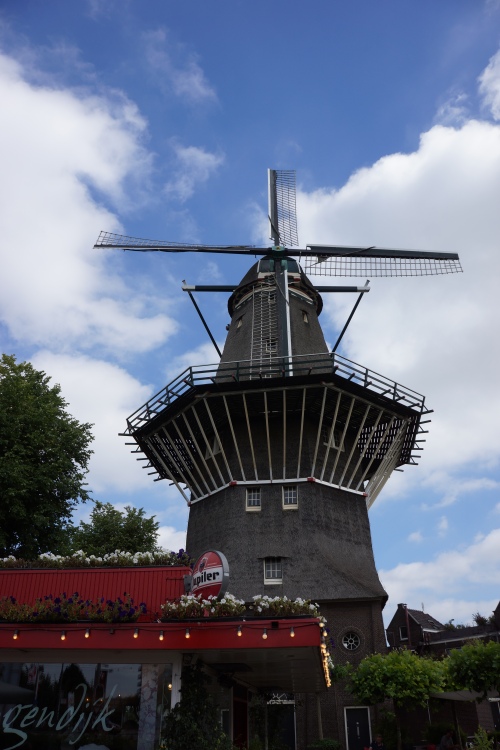 Copyright JC Politi Photography
This is a brewery that is under one of the last windmills in the city. The windmills helped regulate the water flow to Amsterdam, which is below sea level.

Copyright JC Politi Photography
We went on a beautiful bike tour to the countryside and visited a farm where they made cheese and clogs.

What do you think? When you think of Amsterdam, what comes to mind? Have you ever been to Amsterdam? If you were to go, what would you look forward to seeing most? 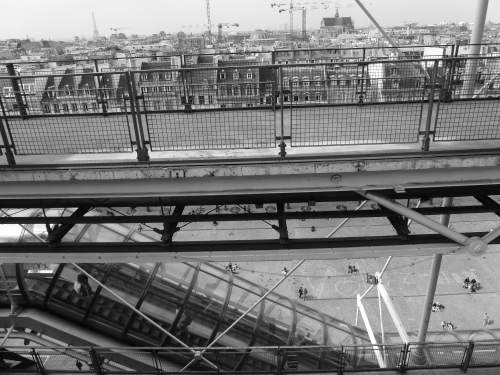 Paris – doesn’t just the word itself transport you to another world? As I mentioned in an earlier post, I fell in love with Paris at first glance. Yes, figuring out the metro system and where we needed to go was a challenge at first, but when we came out of the subway the first time, my jaw dropped.

We have all seen places that are described as “French-style”, so I was expecting beautiful architecture. But to see every single building with wrought-iron balconies as far as the eye could see – it is hard to describe. It is clear that beauty is simply the top priority in Paris, held in the very highest esteem.

I loved the cafes and the restaurants, the business-people and beautiful women on bikes, the churches, the plazas, the museums, the pastries, the music which seemed to be ever-present, the small boutiques, the bread shops, the cheese shops, the wine shops – I even loved the metro, which turned out to be easy to use and convenient to get us everywhere we wanted to go. 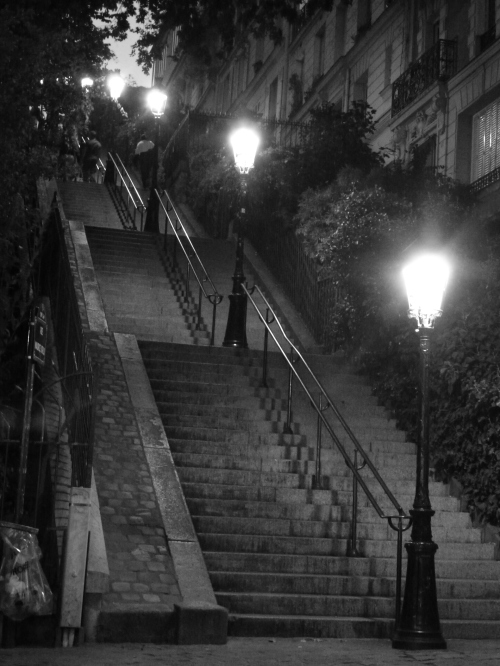 Montmartre had to be my favorite place. Even though it has become more commercialized, you could feel the bohemian energy all around. And while it was filled with tourists, I felt a kindred spirit with many of the tourists there who made the trip to seek out this bohemian enclave.

What I found so amazing about Paris was how charming and intimate it feels, despite its size. We did all the requisite tourist activities, but I would give anything to go back and skip all tourist areas and just get to know some of the neighborhoods. I will do that one day.

For this Photo Friday, I wanted to share some of my favorite Paris photos with you. I hope you enjoy the photos and are able to feel a little bit of the romance around every corner.

What do you think? Have you been to Paris? What was your favorite part? If you haven’t been, but would like to go, what would you look forward to most? Where is the most romantic place you have ever visited? 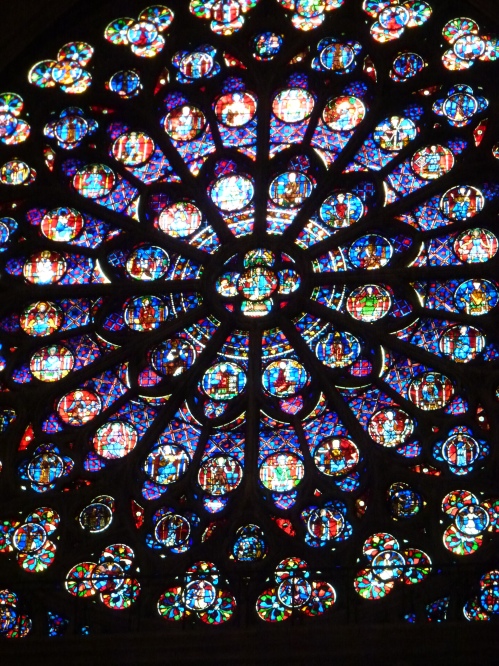 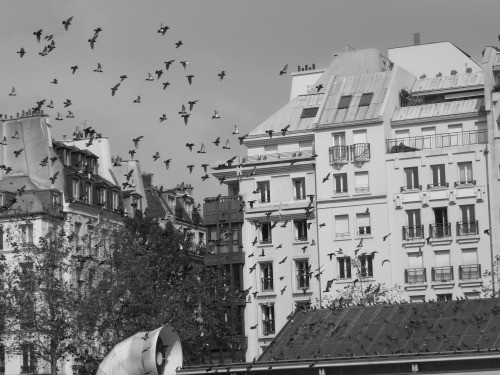 For those wanting more: